In this section we will share some predictions, also known as prophecies, from the Bible. Some of these have already taken place, helping to show that the Bible is the Word of God. These also give us confidence that other prophecies in the Bible that have not yet been fulfilled, will indeed take place in the future.
Destruction of Jerusalem 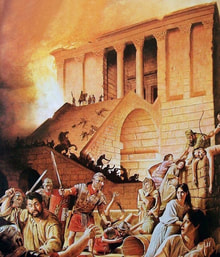 In the final years of his life, Jesus spoke to the people of Jerusalem, warning them of events that would shortly occur. He spoke of a time when Jerusalem would be surrounded by armies, when the Jewish people in and around the city would attempt to flee for their lives. But for many, he warned, escape would not be possible – many would perish by the edge of the sword, whilst others would become slaves, sent away to all parts of the world. Jerusalem would no longer be the home of the Jewish people and their faith, but would be occupied by others until a time determined by God.
​Matthew 24:15-22; Luke 21:20-24
World Empires

During the seventh century BC King Nebuchadnezzar ruled the powerful Babylonian empire. He had conquered Jerusalem and taken many Jews captive. One such captive the King employed was a young man named Daniel, as one of his advisors. The Bible records how with God’s help, Daniel interpreted the King’s dream. In the dream the King had seen a statue of a man – it’s head made of gold, it’s chest and arms of silver, belly and thighs of brass, legs of iron and feet a mixture of iron and clay. A stone then came and struck the image’s feet and broke them in pieces. The remainder of the image was then also broken up and ground to dust, carried away by the wind. The stone itself however grew and became a great mountain, filling the whole earth.
Daniel told the King that he and his kingdom of Babylon was represented by the head of gold in the dream. Later, another kingdom, inferior to Babylon, would rise to dominance, represented by the silver chest and arms. The third kingdom would follow (belly and thighs of brass) and rule over the earth. The fourth kingdom, like the iron legs, would then arise and would be very strong and subdue all things. However after this the world would no longer be cohesive, no one dominant nation, rather many weak and many strong. Finally King Nebuchadnezzar was told by Daniel that God would set up a kingdom, breaking into pieces all those on the earth and dissolving all that has gone before.
​Daniel 2:27-45 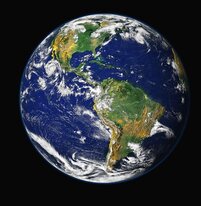 Although Daniel did not name the world empires, a brief look through history plainly shows this prophecy has taken place and is still being fulfilled. Babylon was a strong and formidable Empire that quickly grew. However it was short lived. The Babylonian kingdom came to an abrupt end and the next power to rise up was the Medo-Persian empire, represented in the image by the two arms. After the Persians were defeated, the Greek Empire arose. This third Empire spread far and wide and dominated much of the then known world. Following the conclusion of the Grecian Empire, the Roman Empire emerged. This Empire steadily grew stronger and larger conquering nation after nation until it held most of the world in its grip. However it became divided into East and West in 285 AD, just like the two legs of the image. After nearly five centuries the Empire was dissolved and since then many weak and many strong nations, as with the image’s feet, have struggled to coexist harmoniously upon the earth. This brings us to our own time, with one final part of King Nebuchadnezzar’s dream and Daniel’s interpretation, yet to take place. We await the stone, which we believe to be Jesus Christ, coming to destroy the kingdoms of this earth and establish that most peaceful kingdom to come which will cover the whole earth – God’s kingdom.
Further reading on Bible Predictions
You may enjoy the following articles on promises and predictions made in the Bible. We look forward to seeing these eventuate in the near future.