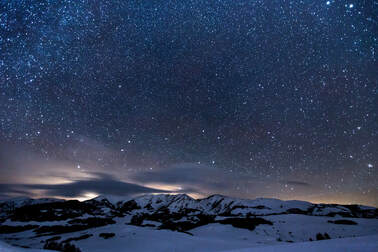 Our fundamental purpose in speaking about our belief in the Bible, is to share the hope we have with others. The Bible gives us hope that the future holds a big change for human–kind and the earth. Around us today we see death, disease, famine, environmental disasters, conflict and hatred. There is much in the present-day to despair over.

But how did we get here?

The Bible tells us that in the beginning, God created the world and every living thing including the first man and woman, Adam and Eve. Their story is well known - God gave them one commandment and this they broke. God punished them and all who have come after them with mortality, because mankind has continued to break God’s laws. In the Bible, Romans 5:12 tells us:
“Wherefore, as by one man [Adam] sin entered into the world, and death by sin; and so death passed upon all men, for that all have sinned.”
Despite this, God promised a way would be made for transgressions to be forgiven, and that in the future a new way of life free from sin and death would be established. Down through the ages God repeated these promises to certain people, and their descendants have looked for their fulfilment. The first step to fulfilling these promises would be to provide a saviour for the world, and God told chosen men that this saviour would be one of their descendants. The Old Testament records these promises made to men such as Abraham and David.

The Bible’s New Testament records the arrival of this longed-for saviour, known as Jesus Christ:
“…The angel of the Lord appeared unto him in a dream, saying, Joseph, thou son of David, fear not to take unto thee Mary thy wife: for that which is conceived in her is of the Holy Spirit. And she shall bring forth a son, and thou shalt call his name JESUS: for he shall save his people from their sins.” Matthew 1:20-21
“For unto you [Mary] is born this day in the city of David a Saviour, which is Christ the Lord.” Luke 2:11

From about the age of thirty, Jesus travelled the land of Israel preaching to the people, urging them to turn away from behaviour that was disobedient to God’s laws, to turn to God whole heartedly, and ask for forgiveness. This seems like a strange message - after all he was preaching to the Jews who already believed in God and at least superficially tried to obey His laws. But there was a specific reason:
“…Jesus came into Galilee, preaching the gospel of the kingdom of God, And saying, The time is fulfilled, and the kingdom of God is at hand: repent ye, and believe the gospel.” Mark 1:14-15
The word ‘Gospel’ simply means ‘good news’ and Jesus’ message of good news was that the promised, long looked for saviour had finally come, and that he was that saviour. He also brought news that a new kingdom would be established by God, and he, Jesus would be their king. What proof was there that his message was true, that he was the saviour and was divinely appointed?
“And Jesus, when he was baptised, went up straightway out of the water: and, lo, the heavens were opened unto him, and he saw the Spirit of God descending like a dove, and lighting upon him: And lo a voice from heaven, saying, This is my beloved Son, in whom I am well pleased.” Matthew 3:16-17
So we see God gave His endorsement of Jesus in word, by giving him the power of the Holy Spirit, and telling all present at Jesus’ baptism that he was in fact God’s own son.

For about three years Jesus continued preaching his message of good news, asking people everywhere to recognise him as the saviour and to prepare themselves for a new era. How? As we mentioned, the first step was to believe - believe in Jesus as the saviour, God’s son, and believe the messages he taught. Secondly, repent - recognise that as human beings they continually disobeyed the high standards God set in His commands, and ask God for forgiveness. Finally, Jesus called for people to be baptised:
“He that believeth and is baptised shall be saved; but he that believeth not shall be damned.” Mark 16:16
These same messages have been preached ever since, and are relevant and applicable just as much to us, as to those in Jesus’ own day. 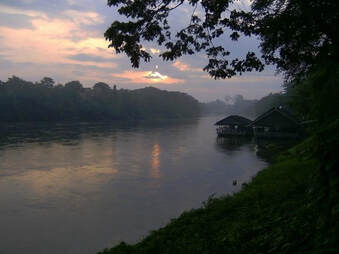 At the conclusion of his preaching efforts, Jesus died. This was necessary because Jesus was human, just like us. However the Bible records he was raised from the dead. This brings us back to our hope, for in the Bible we are told:
“But now is Christ risen from the dead, and become the firstfruits of them that slept. For since by man came death, by man came also the resurrection of the dead. For as in Adam all die, even so in Christ shall all be made alive.”
​1 Corinthians 15:20-22
We see here the full circle - from the transgression of Adam, all mankind became sinful, and mortal. From the saving life, death and resurrection of Jesus Christ mankind has hope of life. This is the hope he has offered all those who believe in and obey his message.

Shortly after his resurrection, Jesus rose up into heaven, where he remains now. When this took place, Angels spoke to those watching on:
“Which also said, Ye men of Galilee, why stand ye gazing up into heaven? this same Jesus, which is taken up from you into heaven, shall so come in like manner as ye have seen him go into heaven.” Acts 1:11
Jesus’ followers were assured that he would return to the earth again. When he does return, it will be to fulfil the remaining promises God has made.
“He [Jesus] shall be great, and shall be called the Son of the Highest: and the Lord God shall give unto him the throne of his father David: And he shall reign over the house of Jacob for ever; and of his kingdom there shall be no end.” Luke 1:32-33
Jesus will return to become king over a kingdom that will not end. It is this kingdom that we hope to be a part of in the future.

What does this kingdom look like?
​
The kingdom will be the big change mentioned at the start. All of the despair around us today will melt away, for Jesus has promised us the future kingdom will hold distinct differences:
“And God shall wipe away all tears from their eyes; and there shall be no more death, neither sorrow, nor crying, neither shall there be any more pain: for the former things are passed away. And he that sat upon the throne said, Behold, I make all things new.” Revelation 21:4-5
“The wolf also shall dwell with the lamb, and the leopard shall lie down with the kid; and the calf and the young lion and the fatling together; and a little child shall lead them. And the cow and the bear shall feed; their young ones shall lie down together: and the lion shall eat straw like the ox. And the sucking child shall play on the hole of the asp, and the weaned child shall put his hand on the cockatrice' den. They shall not hurt nor destroy in all my holy mountain: for the earth shall be full of the knowledge of the Lord, as the waters cover the sea.” Isaiah 11:6-9
The kingdom of Jesus Christ will be a time of peace and safety, health and happiness, where all mankind will know God and His son Jesus Christ. This is our hope.

This can be your hope also.